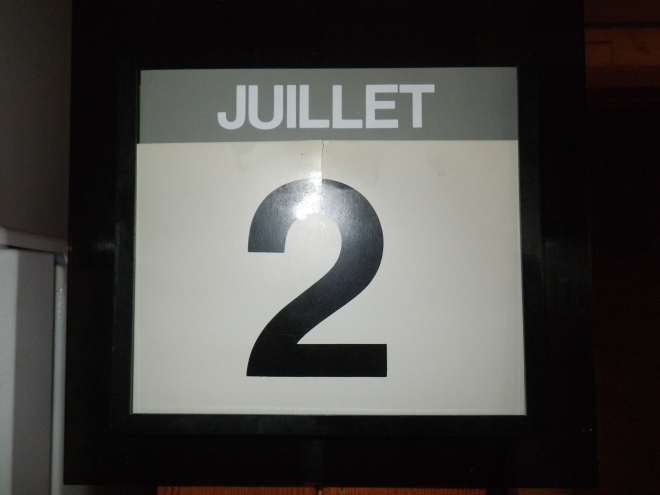 Our final day of fishing, Saturday was finally upon us. Ever since Wednesday, we had been anticipating going “home” to our best spot of the week, the Quartzite River. We had no idea what to expect, but we were hopeful it might be something like the wonderful day we had on Wednesday.

As the canoe pulled into the mouth of the river, it was obvious the water level had dropped since our last visit. Again, we didn’t try to fish the mouth because we probably spooked the resident fish there, especially now with the water level even lower than last time. So we made the 15-minute hike up to Juniper Pool. As we approached the pool, Tony asked Simon why it was called the Juniper Pool. He said, because of the big Juniper tree. We were confused. In New England, we would call this tree a Tamarack. 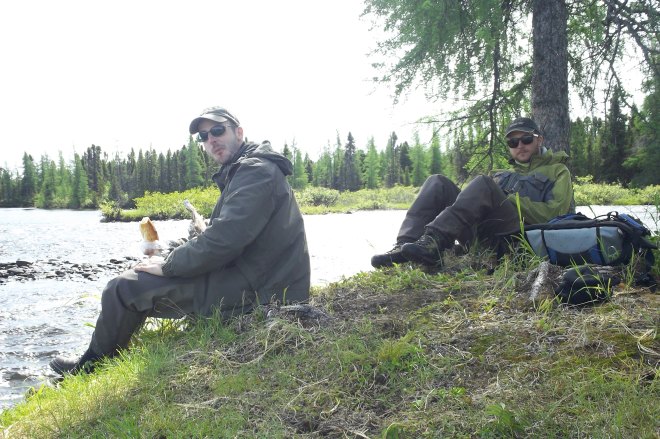 Tony and Simon Having Lunch Under the “Juniper” Tree

When we arrived it was obvious that there were far less caddis hatching than before, but there were a couple of fish rising on the few caddis that were there. Tony and Simon made there way to the opposite side of the river to fish the riffles on the right side, where most of the fish were working.

I stayed on the closest, left side of the river as you look down stream. It was only after a few casts that Tony hooked what was obviously a great fish. It ran like a bullet train towards the right shore of the pool, which is actually a small pond. It leaped just a few times so we could see its great size before the hook pulled out.

Not to be flustered, Tony was right back casting, and even from my distance I could see his Stimulator making a perfect drift. It was quickly sucked under, and the split second Tony set the hook the fish was airborne. A nice salmon for sure. I had a great view as each leap was quickly followed by Tony bowing to the repeatedly jumping fish, learning from his experience from Thursday. The scene was worth the price of admission. Several minutes later, the salmon was in the net. A beautiful 20-inch, 4-pound specimen. A trophy by New England standards, especially taken on a dry fly. 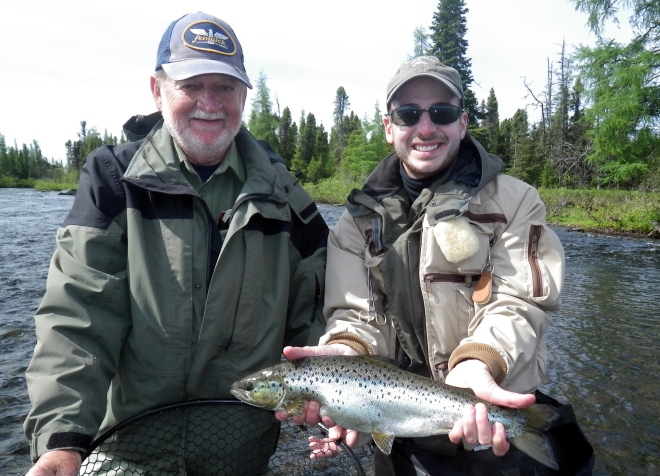 Now It was my turn. I made my way, with Simon’s help, closer to the far shore. I hadn’t made too many casts into the same riffle when I was on. It was another fine salmon. The battle was a duplicate of Tony’s, and a few minutes later a 19.5-inch beauty was in the net. 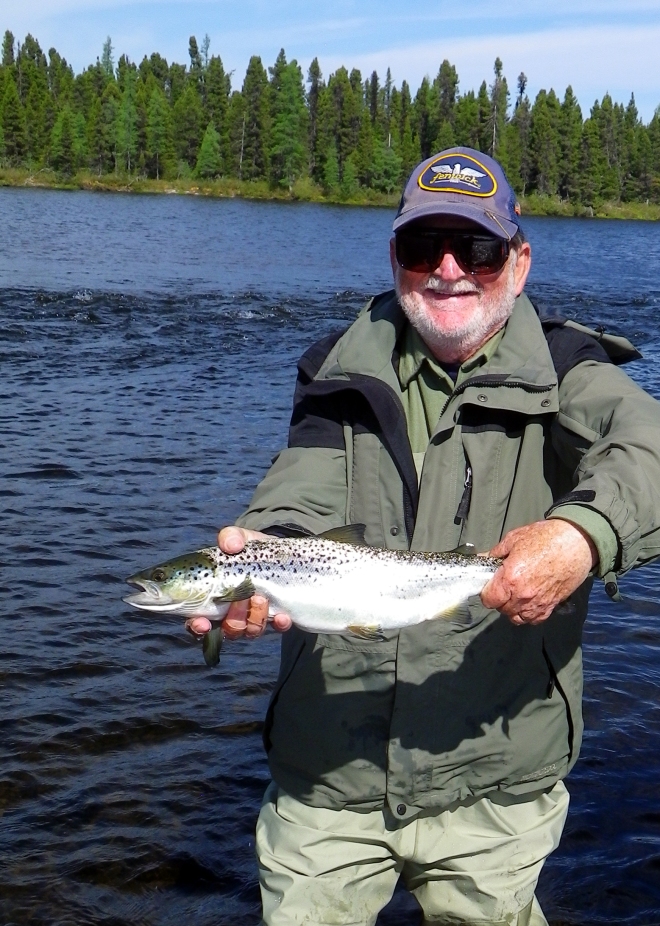 A little while later, after not raising anymore fish, we headed for No Name Pool. As we made our way upstream, it was even more obvious that things had changed dramatically. There were very few caddisflies in the air, and the lower water level was even more noticeable here than it was downstream. There were far fewer fish rising, and we could see that the there were not the number of fish holding in the pool as there was Wednesday.

We approached the pool carefully, more so than on our previous visit because of the lower water. Tony stepped up to the spot we used so successfully on Wednesday, because it provided the best angle, a good view, and the best drift. It wasn’t but a few casts with his orange Stimulator when Tony hooked a great brookie. The lower water level took off some of the current’s pressure that we had deal with on Wednesday, removing one item from our potential problem list, but it added a new one. Now the fish could run towards the opposite bank, pass through extremely shallow rock-strewn water, and easily cut the leader. Tony’s job was simply to keep this very ticked off fish in the pool. It wasn’t a simple task, but he pulled it off and another 20-inch beauty was in the net. 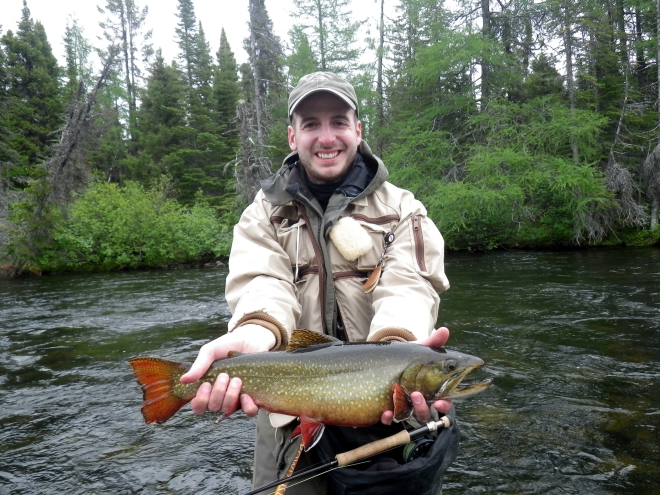 Tony and His 20-Inch Brook Trout

My best efforts produced a more average-sized brookie of about 12 inches. In fact, the two of us would land a half dozen brookies that would be what you would expect to catch in New England.

The last of our exciting moments would come when the three of us crossed to the opposite bank. Simon and Tony spotted a small fish jumping out of the water downstream, and he insisted that it was being chased by a salmon. He gave Tony an ugly fly that he bought off the Inernet for 86 cents. He didn’t know what it was called. We dubbed it the 86-Cent Fly. Tony made an cross-stream cast, stripped like he were Bluefish fishing, and hooked the biggest salmon either of us had ever seen. Like all such moments, it was all too brief. All I heard was a screech from Simon as the salmon went airborne. He estimated the fish to be about 8 pounds. He ought to know. A week earlier he caught a 10 pounder here. The fish threw the fly (barbless, of course) on a spectacular leap.

It was a fitting way to end the fishing portion of out trip, leaving us wanting for more. Now that we had attained our goals of big brook trout, I think we would like to return at a time when our prime target would be those monster salmon. They say late August is such a time.

After a great week, we were looking forward to going home tomorrow, but the next couple of days would be very trying, as the weather would delay our departure. We began to run out of food. Burt jokingly put Zula on the menu. 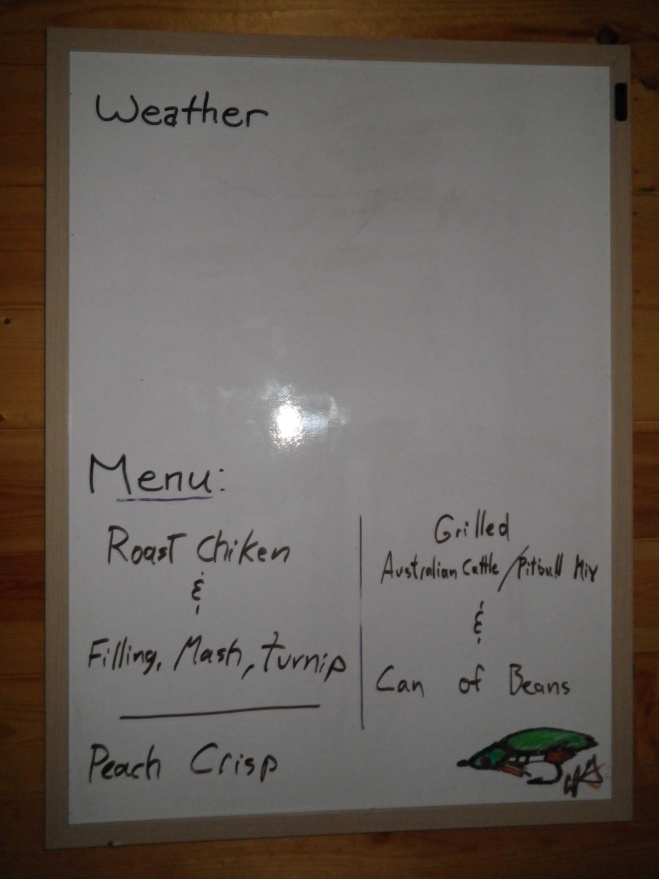 That delay offered Tony a chance to do some extra fishing. Sunday evening, he caught a nice pike right behind the lodge that the guides asked him to keep due to our food shortage. 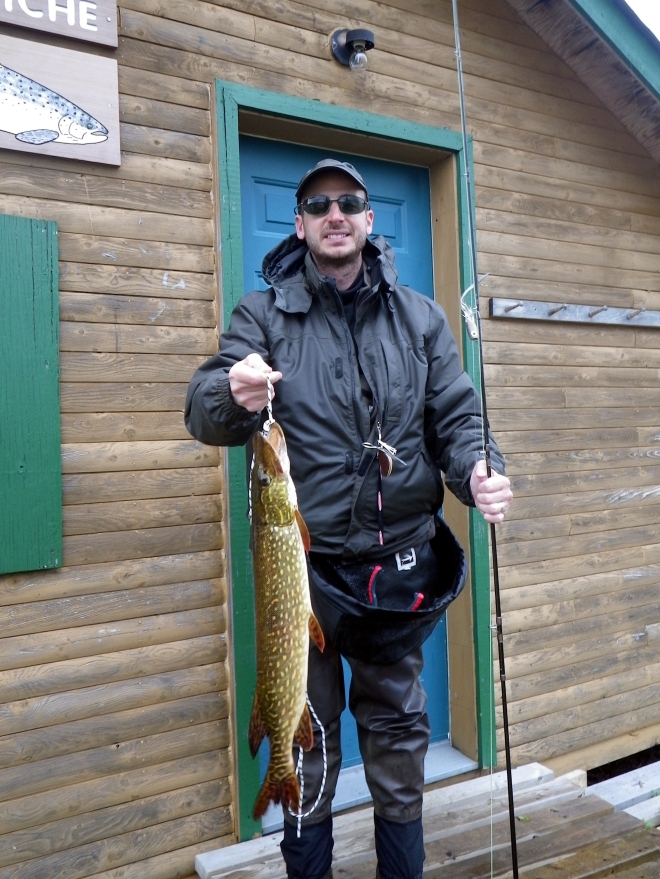 Pike Was Added to the Menu

That night, Tony completed the McKenzie Grand Slam (Brook Trout, Salmon, Pike, White Fish, Lake Trout). In Sunday evening’s rain, wind, and fog Tony went to the buoys in his waders and completed the Slam with a 6-pound laker. 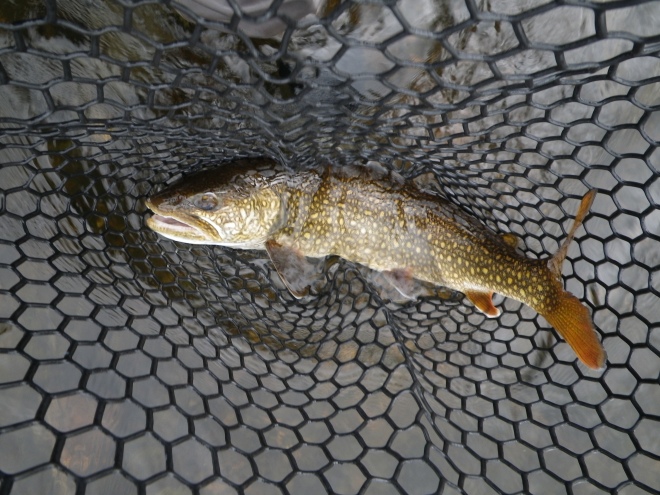 On Monday, July 4, the fog finally cleared just enough for a float plane to come get us from Labrador City, and our fishing trip of a lifetime came to an end.

It was more than a fishing trip, it was an adventure. It was far more challenging than we expected, both in terms of the physical effort and the fishing skills required, but it was so rewarding.

Tony put it best when he compared this trip to fishing the Lamar River during our 2011 trip to Montana and Wyoming.

On that trip, he noted that it was like three different trips in one with regards to the fishing expertise required.

On the one hand, we fished a very remote part of the Yellowstone River that we accessed by horseback. The fish there were so unwary and so plentiful that anything that floated was going to produce. It wasn’t even a challenge.

On the other hand, the Gallatin River fish were so well schooled by the best fly fishermen in the country that just getting one to hit was a major accomplishment. It was challenging to the point of frustration.

The Lamar River, on the other hand, was both challenging and rewarding. If you made a good cast with a good presentation, you were often rewarded with a nice fish.

That is what this Labrador trip was like. Very challenging and very rewarding. This trip completes my personal goal of fishing Alaska, Montana, and Labrador. 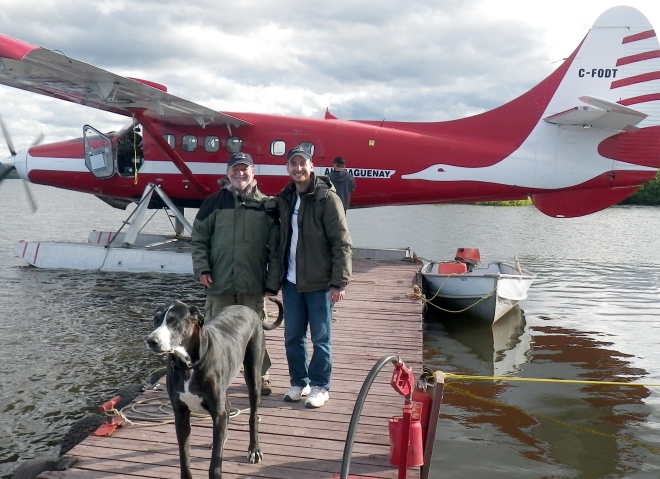 The Adventure Comes to a Close

I hope to go back to one or more of them someday, but if I don’t I’ll be more than happy to have had these moments, and be forever grateful to have experienced such beautiful fish in such utterly beautiful and wild places. 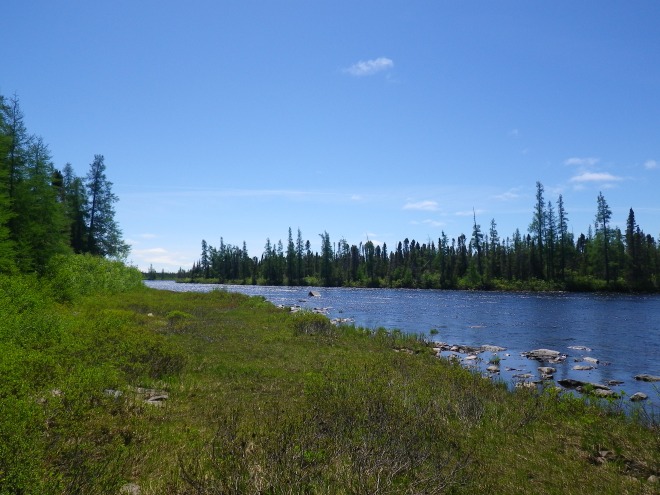 Labrador: An Utterly Beautiful and Wild Place to Fish

One thought on “Labrador Part 7: You Can Never Go Home Again, At Least Not Yet”